The Division of Problem Oriented Policing and Crime Prevention function is  to foster positive community relationships which lead to productive communication within the community. These efforts build and maintain a mutual trust between public safety personnel and the County at large.

This function also works with various teams to organize and host public events and promotions.  Likewise, this division: 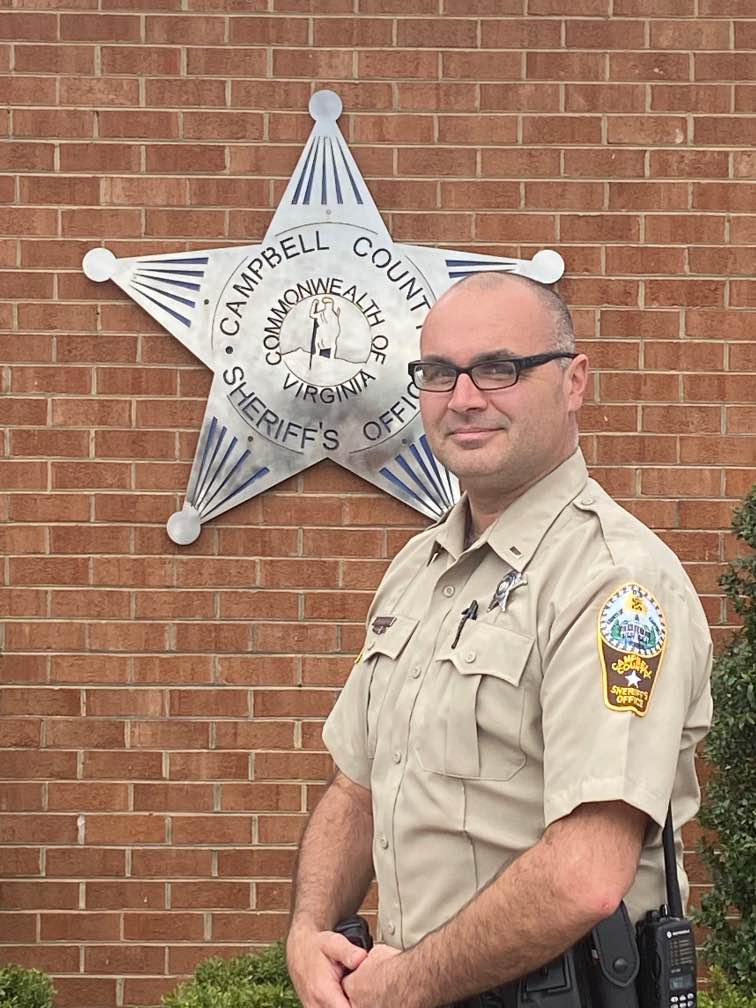 After graduation from high school, Lieutenant Rater enlisted in the US Air Force as a Military Policeman and Airman.   Once his enlistment was complete, he joined the City of Lynchburg Police Department, where he served for nineteen (19) years.  Throughout his career in Lynchburg, he held several leadership roles over various units, including Field Operations, Street Crimes, K-9, Crime Prevention, Community Action Team (CAT), and the Intelligence Unit.

During his four (4) years with the CAT, he learned the value of building relationships and developing trust with the community.  He, along with a community spiritual leader, helped to form an alliance to target youth-at-risk, which helped to bridge the gap between members of law enforcement and the community at large.

On January 1, 2020, Rater joined the Campbell County Sheriff's Office, where he served in the Field Operations division until he moved through the ranks to his current position as Lieutenant of Problem Oriented Policing and Crime Prevention division, where he serves as Public Information Officer (PIO) for the Sheriff's Office.

"I take personal responsibility for the well-being and improvement of the quality of lives for all community members," states Rater.

Lietuenant Rater is married with four (4) children; three daughters and a son.  He and his family are members of Thomas Terrace Baptist Church in Concord, VA.  His son is enlisted in the US Army, and his oldest daughter attended VMI, and is currently a Lieutenant within the US Army.  He and his wife are blessed with five (5) grandchildren.