This division is divided into five (5) functional areas which are:

The Administrative Division is commanded by a Captain with three (3) Lieutenants, and two (2) Sergeants assisting.  This division also employs a part-time sworn deputy that provides mandatory inter-departmental trainings.


Captain Sam Green was hired by former Sheriff Terry Gaddy as a field deputy in March, 2004.  During his time in the field division, he was promoted to Sergeant in 2009, and then former Sheriff Steve Hutcherson promoted him to Lieutenant in 2014.

Throughout Sam's career with the Campbell County Sheriff's Office, he has received numerous awards for his work in the field division.  These include the Medal of Valor, Distinguished Service Award, Emergency Service Award, Lifesaving Award, Commendation Award, and lastly, the Meritorious Award. 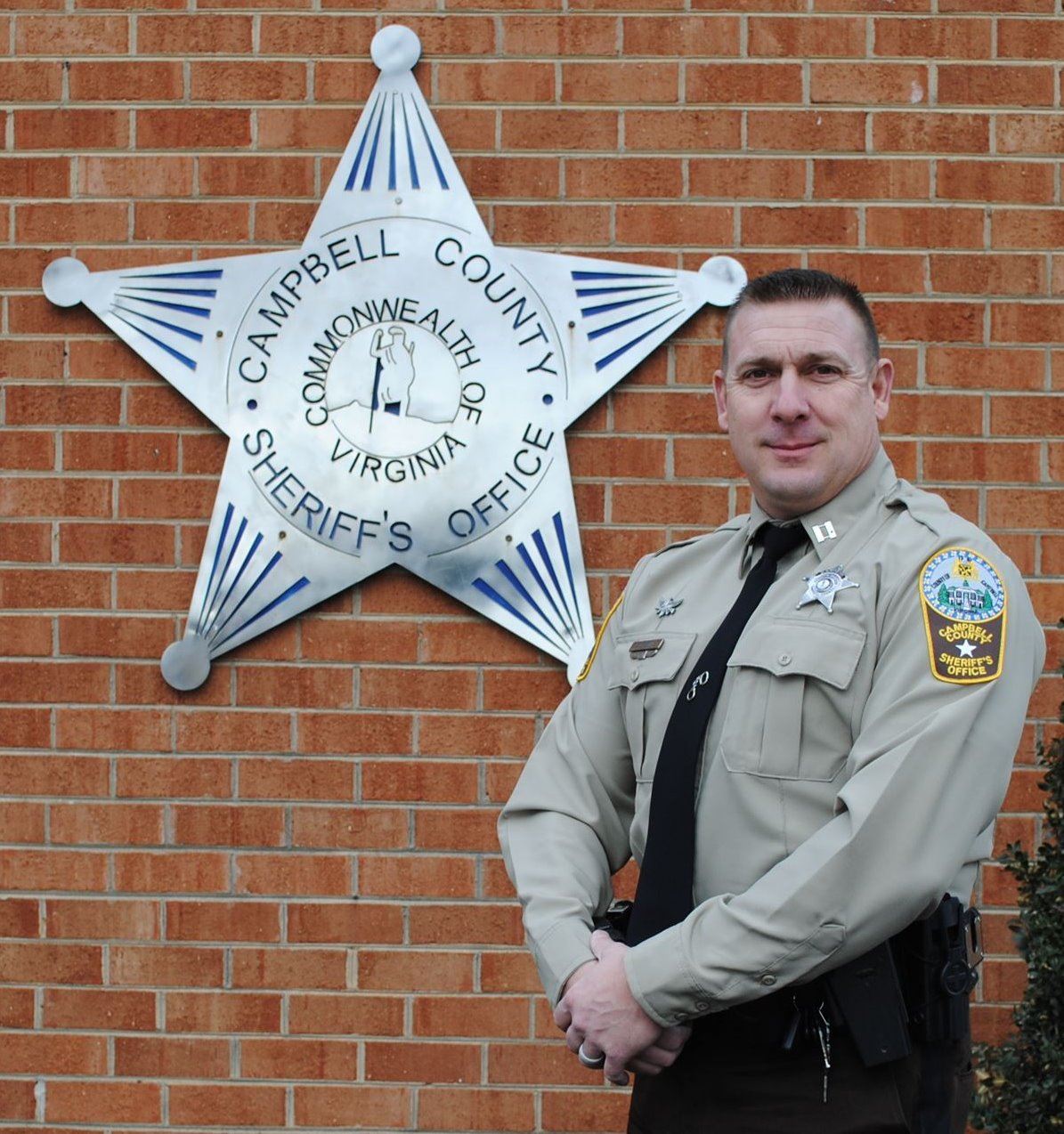 Likewise, Sam was recognized as the recipient of the Mothers Against Drunk Driving (M.A.D.D.) Award for four (4) consecutive years for his arrests in keeping drunk drivers off Campbell County streets and roads, and keeping our children and teens safe.

Sam also serves as an instructor at the Central Virginia Criminal Justice Academy, where he teaches general instruction, defensive tactics and firearms.  He is certified as a Taser Instructor and in Collapsible Baton instruction, and has been a certified Emergency Medical Technician for 30 years. Sam proudly serves as a member of the Campbell County Sheriff’s Office Special Response Team (SRT).

Sam was appointed as Captain of the Administrative Services Division on January 1, 2020 by Sheriff Whit Clark.


This division is responsible for:
View All Links
/QuickLinks.aspx
Online Payments